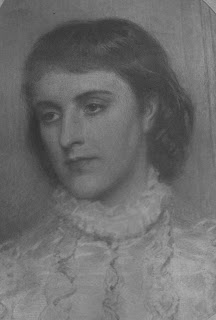 While traveling with the Prince of Wales in India, "Sporting Joe," the 7th Earl of Aylesford, receives a letter from his wife signalling her wish to elope with Lord Blandford, eldest son of the Duke of Marlborough. The Duke had separated from his wife and had been all but living with Lady Edith in her husband's absence. "Sporting Joe" wires his mother: "Send for the children and keep them until my return. A great misfortune has happened." It was only the beginning.

Aylesford returned to London, bent on divorce and spreading word of the Prince's condemnation of Blandford as "the greatest blackguard alive." Lord Randolph Churchill, with typical haste, lurched to the defense of his elder brother brandishing compromising letters the Prince himself had written to Lady Aylesford. Going to the Princess of Wales, Randolph suggests that the release of the letters will insure that "the Prince will never sit on the throne of England."

The Queen, shielded perhaps from the more sordid details, nonetheless called it a "dreadful, disgraceful business." The infuriated Prince, by now on his way home, sent word of his willingness to meet Lord Randolph on the duelling grounds of northern France; a challenge Lord Randolph dismissed as absurd.

Obviously, this could not go on. Prime Minister Disraeli was called in. The Prince's letters were retrieved and burned. The Aylesfords and Blandfords were commanded to reconcile, which both couples did, albeit, in each case, briefly. Disraeli arranged for the Duke of Marlborough to get the post of Irish Viceroy, with the proviso that he take Randolph along as Private Secretary, removing the offending son from society.

The Prince had put out the word that he would not meet Lord Randolph socially - an estrangement that did not end until 1886. By then, "Sporting Joe" had died of drink in, of all places, Big Spring, Texas, where he owned a ranch. Lady Aylesford's son was not allowed to succeed to the title when it was proven that Lord Blandford was the boy's most likely father.

(Illustration of Lady Edith Aylesford)
Posted by Tom Hughes at 7:21 AM