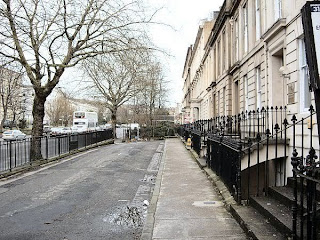 In July, a Glaswegian businessman went on holiday, leaving his maid Jessie Macpherson alone with his aged father. Upon return, John Fleming was told by the old man that Jessie had "gone away." But the younger Fleming found the woman hacked to death in her bedroom. James cried out, "She's been lying there all this time and me in the house!" Suspicion naturally affixed to the elder Fleming, a oft-drunken, servant-fondling rogue, who was briefly held by police.

Things changed quickly however when Jessie M'Lachlan - who had formerly worked for the Flemings, was caught pawning items missing from the home. More damning still, she was arrested wearing the dead woman's smock. Later, M'Lachlan's bloodied dress was found in a field. The old man went from prime suspect to lead witness.

The case so divided Scotland that no one could avoid proclaiming an allegiance to either the "M'Lachlanite" or "Flemingite" camps. Class prejudices were inflamed; newspaper circulation increased five-fold. As the trial opens, the defense declares that it will argue that the murder was indeed committed by James Fleming. Well-scrubbed, in a new suit, the "old innocent" - as his defenders called him - proved to be a tough witness. He testifies that on the night of 5 July he was awakened "wi'a lood squeal" and then "a' was quate." His word plus the evidence of the dress and a well-preserved bloody footprint of Jessie's at the murder scene are key to the Crown's case. The jury took less than a half-hour to convict.

Unable to testify, once convicted Jessie was permitted a statement. She claimed she went to Sandyford Place to meet Mcpherson who complained the old man, while drunk, tried to rape her. James came in and sent her out for whisky and she returned to a ghastly scene. Her friend had been badly cut. James said it had been a fall and refused to send for a doctor. When Jessie stepped into the kitchen to make tea, the old man - she claimed - fell upon Mcpherson with a cleaver. He said she had threatened to tell his son about him. For helping to clean up, James gave her a few pounds and some plate to make it appear a robbery.

The judge, Lord Teas, denounced it all as a "tissue of wicked falsehoods" and sentenced her to hang. Under pressure, the Home Secretary commuted the sentence to life. Dissatisfied M'Lachlanites turned, without success, to Parliament and leading journals. After an impartial review, The Law Magazine concluded, "The proof of his guilt is as strong as the proof of her guilt."

Jessie M'lachlan was freed in 1877, long after James Fleming's death.

Sandyford Place today at scotchpotch.com
Posted by Tom Hughes at 9:13 AM