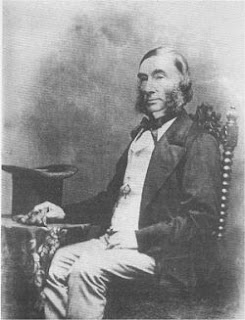 The 5th Duke of Portland is dead at the age of 80. In magnificent understatement, the published obituary reports that "in his later years, he became somewhat of a recluse."  To be sure, the locals called him "the disappearing Duke," and that was the title of a 2003 biography by Keel and Crofts.

William Cavendish Scott Bentinck succeeded to the title in his early 50's.  He never married and spent the rest of his life and much of his fortune (estimates range as a high as £3,000,000!) on a network of underground rooms and tunnels at the family's country seat at Welbeck Abbey. A great subterranean hall, some 160' long by 65' wide, was carved out to house his art gallery. He built vast stables and an arena for riding, below ground.

Despite the expense, "He kept no company and gave no entertainments on any occasion." Lady Ottoline Morrell wrote: "The poor deluded owner seemed to assert his power and pride in making all the buildings as large and lonely as possible, banishing grace and beauty and human love and companionship, and leaving his fellow-beings in order to live in tunnels."

A tunnel, a mile long and wide enough for two carriages, linked the Abbey to Worksop station. If called to London, the Duke boarded his curtained wagonette which was driven to the station and placed upon a special rail car. No one saw him. Servants and workmen on the estate were told to "pass him as they would a tree." People were sacked for as much as touch of the cap. In London, his home in Cavendish Square was surrounded by a 60-foot screen of glass and stone, which nettled his neighbors.

Rumored to be disfigured, even a leper, the Duke was instead rather a handsome man of peculiarly old-fashioned dress. As one would expect, his funeral was private; he had left instructions that the expense was to be as small as possible consistent with decency. A cousin becomes the 6th Duke yet mystery would surround the succession. In 1898, a Mrs. Druce filed a claim that her late husband was the Duke's son, born to an illegitimate daughter of an Earl, whom the Duke had secretly wed.  This claimant, now in Australia, was the true 6th Duke. Mrs. Druce insisted that old Duke had led a double life, posing as Tom Druce, who managed the warren-like Baker St. Bazaar. When His Grace tired of the ruse, he staged old Tom's death, complete with a weighted coffin to be buried at Highgate.

Even in fading memory, the 5th Duke was so legendary the unusual tale seemed plausible. After years of wrangling, Druce's coffin was dug up and experts proclaimed that the body inside was that of Tom Druce. The claim collapsed and the proponents - those that hadn't fled, were charged with perjury. The 6th Duke found Welbeck Abbey unbearable and sold it to the Army which finds use for it to this day.
Posted by Tom Hughes at 4:40 AM