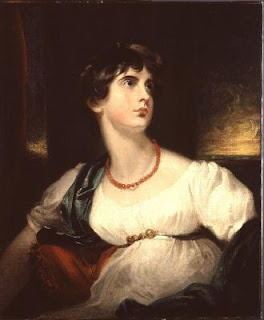 In historic Guildhall, the Duchess of Westminster, wife of the richest peer in England, is acquitted of libeling her former lady's maid.

Jane Jones had been employed for almost a year at the Duchess' splendid Thames-side estate at Cliveden. Her Grace, opting to go with the fashion of employing a French maid, gave Jane her notice. The young woman became insolent and had to be released in the custody of her brother. Nonetheless, the Duchess provided her a cordial reference; Miss Jones is a "perfectly honest, sober and trustworthy" hair dresser and dressmaker.  After Cliveden, Jane found, but could not hold, several new positions. Finally, back in Taplow, near Cliveden, she opened a dressmaker's shop.  When she felt shunned by "the Hall," Jane threatened to publicly harass the Westminsters. Again, she was placed under the care of her family.

The Duchess then received an inquiry from a Mrs. Chapman of Knutsford. The exasperated peeress replied in full warning that Jane was "quite out of her mind."  The Duchess begged that "Mrs. A. Chapman will not quote her if it can be avoided." Unaccountably, Mrs. Chapman shared the letter with Jane.

During the trial, testimony from "below stairs" detailed Jane's eccentricities. A doctor who had "handled" Miss Jones discussed her mental state but refused to define "quite out of her mind." The most amusing moment came when the Duchess admitted that she had explicitly warned her sister-in-law, the Countess of Macclesfield, not to hire Jane under any circumstances.  Then why a reference for others?  The Duchess replied:  "I should have been very sorry for the other people but they would not be my own relations." Her lawyers argue that the letter was perfectly justified, merely fulfilling a "painful but imperative duty to answer freely, unreservedly and truly."

The jury took very little time to find the Duchess not guilty.  The Saturday Review reserved its scorn for the indiscreet Mrs. Chapman, whose action, although "happily rare," cannot be condoned.  "In the interest of the community it is of the utmost importance this kind of imprudence should spread no further [otherwise] the whole custom of giving and receiving servant's characters would degenerate into an empty farce."

[The Duchess, as a young woman, painted by Winterhalter]
Posted by Tom Hughes at 4:39 AM