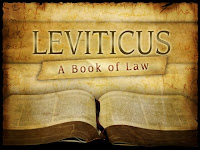 Lord Egerton rises in the House of Commons to propose that a man be allowed to marry his deceased wife's sister. The prohibition of such marriages is traced to the Bible.

Egerton's suggestion is immediately attacked as "evil." Mr. Inglis MP hints at incest, "A wife's sister should stand in the same relation to the husband as does his own sister." Egerton concedes the existence of "moral monsters" but insists that "it is very difficult to secure the peace of families though legislative enactments." Mr. Wakley MP charges that those who oppose the bill, "make it appear that a wife's sister was a kind of female with whom the husband could do just what he pleased. (Cries of "Oh, Oh," from the backbenches.)" In the end, the issue fails 100-123.

The Times is shocked at the number of votes for the measure: "The English are a great people; let us also be a pure one." But the issue would not go away quietly. It became popular fodder for pulp fiction and music hall comedy, complete with buxom sisters and leering husbands. Parliament seemed to debate it every year. In Iolanthe, by Gilbert & Sullivan, a character sings:


And he shall prick that annual blister,
Marriage with a Deceased Wife's sister.

While the reform would occasionally make it through the Commons, the Bishops would immediately strangle it in the Lords. In 1879, the Prince of Wales startled the country when he made one of his rare speeches in the Lords to urge the bill's passage.  To be sure, the Prince had two sisters-in-law but his interest was not personal.  His younger sister, Alice, the Grand Duchess of Hesse had died.  Queen Victoria hoped that the widowed Duke might wish to marry another of her daughters, Princess Beatrice.  Even the Royal support failed to move the issue to the law books.  The Queen - privately, of course - blamed the defeat on "those bigots."

It would not be until 1907, with the Prince then King Edward VII, that the prohibition would finally be revoked.
Posted by Tom Hughes at 4:40 AM