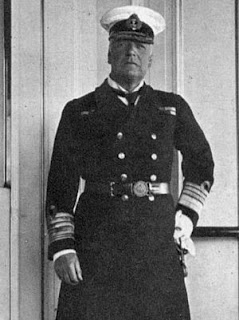 The affair of "the Beresford letter" comes to a fiery end when the offending epistle is consigned to the grate by its repentant author, Lady Daisy Brooke. Nicknamed "Babbling"' Brooke, Daisy had become enraged when Admiral Lord Charles Beresford, whilst dallying with her, also found time to impregnate his wife. Daisy's wrathful "How dare you?" letter was opened by Lady Beresford.  She opened all his mail while he was at sea.  Furious, Lady Beresford, through her solicitor, vowed to send the letter to Lord Brooke unless Daisy abandoned her husband.

Daisy turned to the Prince of Wales, mutual friend of all involved. The gallant Prince read the letter and found it shocking, but had no success retrieving it from Lady Beresford. The Prince instead found himself increasingly smitten with Daisy, who recalled, "Suddenly I saw him looking at me in a way all women understand." No longer a mediator, the Prince became Daisy's ardent defender and newest lover. The Beresfords found themselves non grata in society while wherever the Prince went, so did Lady Brooke. Lord Charles, called home by his anguished wife, angrily confronted the Prince and shoved him into a sofa; the startled Prince replying, "Really, Lord Charles, you forget yourself?"

The Beresfords finally went to Prime Minister Salisbury. Lord Charles - a much respected Naval hero - threatened to publicly denounce the Prince, then quit the service and take his wife to France. The Princess of Wales fled the gossip to visit her parents, pointedly missing her husband's 50th birthday. Salisbury, who despised such matters, grudgingly mediated a settlement. The Prince agrees to let it be known that the Beresfords are once again to be permitted in his presence and "the Beresford letter" is returned to and burned by Lady Brooke, who agrees to retire from London for a discreet period.

The Prince did not abandon "darling Daisy" who remained a "special" friend for some time. Relations between the Prince and the Beresfords, though restored publicly, were never again cordial.  The Prince believed his erstwhile friend had been guilty of "base ingratitude."
Posted by Tom Hughes at 4:53 AM