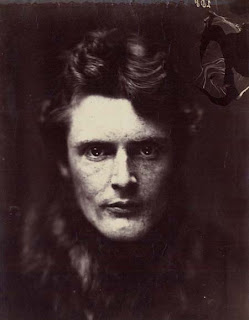 Wilfrid Scawen Blunt, an ex-diplomat, a poet, an Arabist, and an English supporter of Irish nationalism (as well as a first-class philanderer), is arrested in Woodford, a village near Galway, for leading a tenant protest.

Lord Clanricarde owned over 50,000 acres in County Galway; he rarely left London, preferring to leave the hard business of managing his estates - and evicting his tenants - to his agents, many of whom were shot at, or worse. From the safety of the Albany in Piccadilly, Clanricarde said, "Do they think they will intimidate me by shooting my bailiffs?" As Blunt arrives in the West country, he is met by police, to whom he declares, "It is my duty to hold this meeting." A violent fracas ensues; police took Blunt into custody while 30 people are hurt in a stick and stone wielding melee.

Blunt served two months in jail. He exulted in his sufferings, proclaiming himself the first Englishman in "all the 400 years of English oppression" to take the Irish side. The Times dismissed him as a "mischief-maker" whose "social position and intellectual gifts aggravate the offense." Only two weeks before his arrest, Blunt had been a weekend guest at a house party also attended by the Irish secretary, Lord Balfour. The two men clashed angrily. Blunt thought Balfour "clever and light in hand, but with a certain hardness and cynicism which are not altogether pleasant." Balfour refused to intervene in Blunt's case, "I am sure Blunt himself would be disappointed." Prime Minister Salisbury wired Balfour, who happened to be his nephew, "I was delighted to see you had run Wilfrid Blunt in," adding later, "The great heart of the people always chuckles when a gentleman gets into the clutches of the law."

Blunt's revenge on Balfour would be delayed. Blunt had a cousin, Lady Mary Elcho, who - as it happens - was the daughter of an earlier mistress, but not his child. Unhappily married, Lady Mary had a longstanding platonic relationship with Balfour. In 1895, Blunt invited Mary Elcho and her three children to come out to Egypt. In his secret diary, he wrote, "I was happy here before she came, but this is more than heaven." Within days of her arrival, he crept to her tent, where she "fulfilled my extremest hopes." A letter to Balfour was on her nightstand. Balfour, it is believed, died a virgin.
Posted by Tom Hughes at 8:27 AM