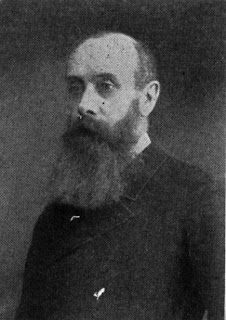 The British Ambassador to Washington is handed his passport, if effect, he is sent packing for London. Sir Lionel Sackville-West (right) had been a popular envoy, much seen in society and whose embassy duties were handled by his beautiful though illegitimate daughter.  But he had fallen victim to dirty politics, American-style.

1888 was an election year in the United States.  A "Mr. Charles Murchison of Pomona, California" claiming to be an English-born American, wrote Sir Lionel asking which Presidential candidate would best promote Anglo-American harmony. In an answer clearly marked "Private" - though no less indiscreet - Sackville-West wrote: “Any political party which openly favored the Mother-Country at the present moment would lose popularity... the party in power [i.e. Democratic President Grover Cleveland] is, I believe, still desirous of maintaining friendly relations with Great Britain.”

The "Murchison letter" was a Republican trick to embarrass the President with Irish-American voters, traditionally Democratic. Sackville-West's response was immediately made public, only days before the election.  Republicans gleefully tagged Cleveland as "England's man." It was a free-for-all, a chance for the American papers "to pull the tail of the English lion."  Even Democratic papers fumed; The New York Times headlined: SACKVILLE MUST GO.

The State Department declared that Sackville's continued presence would be incompatible with "the dignity, security and independent sovereignty of the United States." Even the British press quickly abandoned the poor man; The Spectator found him "clearly deficient in discretion," while at the same time dismissing the Americans as "spoiled children." Prime Minister Salisbury cannot forestall the humiliation.

The Foreign Office - rather lamely - declared that Lord Sackville was returning home for personal reasons. The Ambassador's elder brother had conveniently just died, leaving him the title of 2nd Lord Sackville and possessor of the sprawling estate at Knole. Sackville-West never returned to diplomatic service. In Washington, those items of furniture and art which the Ambassador had declined to ship home to England were placed on auction. According to one report, "Persons high in the circles of society trampled on one another to get in their bids."

Whether by dint of the Murchison letter alone, the Republicans took the White House in 1888.
Posted by Tom Hughes at 5:16 AM