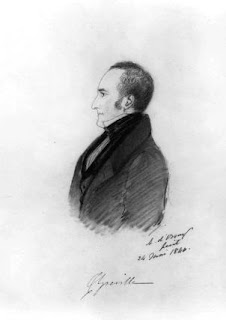 The Diaries of Charles Greville are published in seven volumes and cause immediate excitement. A longtime courtier, going back to the Regency, Sir Charles Cavendish Fulke Greville had died in 1865, leaving a coded diary rich in period detail.

The published diary was read avidly for its comments on society and prominent personages that were seldom flattering. The Queen is particularly angry at references to her uncles and predecessors.

Greville  on George IV: "a more contemptible, cowardly, unfeeling, selfish dog does not exist than the King!"

On William IV: "distinguished by a thousand extravagances of language and conduct, to the amusement of all who witnessed his strange freaks... something of a buffoon."

Even worse for the present Monarch, Greville remarked upon the coolness between the Queen and her eldest son, the Prince of Wales: "The hereditary and unfailing antipathy of our sovereigns to their heirs apparent seems thus early to be taking root and the Queen does not much like the child."

The Queen denounced Greville's diary as being in "disgracefully bad taste." She wrote to Prime Minister Disraeli; she calls the diaries "dreadful and really scandalous... the tone in which he speaks of royalty is most reprehensible." She demanded the P.M. ensure that the work is "severely censured and discredited." While Disraeli agreed, telling the Queen that "the book is a social outrage," he could do little more.

In private, Victoria admitted William IV was "undignified and peculiar and not highly gifted," but, she insisted, "very honest and anxious to do his duty." The Quarterly Review, staunchly conservative, joined in condemnation: "If contemporary history cannot be written without the aid of such memoirs, we had rather do without contemporary history - we can wait!" On the other hand, the liberal Edinburgh Review praised Greville for his "inimitable penetration and ... felicity of style, the rarest qualities."

The Greville diaries are published almost simultaneously with the official Life of the Prince Consort by Theodore Martin. In a letter to Mr. Gladstone, Victoria boasted that the anointed Albert's Life is "so pure and bright, [it] presents a favorable and useful contrast to this most scandalous publication."

A sketch of Greville from the National Portrait Gallery.
Posted by Tom Hughes at 4:51 AM