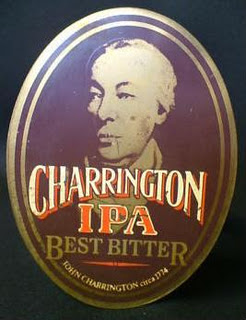 A drunken Guy Fawkes Day celebration at the newly opened People's Palace brings Frederick Charrington, the militant tea-totaling scion of a famous brewing family, into the fray. Falling in with an evangelical set at school, Charrington had been impressed by the scriptural advice - "Ye must be born again." When, outside a London pub, he witnessed a drunken husband knock his wife into the street, Frederick's conversion was complete. "With the same blow you have knocked me out of the brewery business."

Charrington renounced his right to a family fortune in excess of a million pounds and began his career as a temperance advocate. He won his first notoriety by standing outside London music halls, heckling the clientele and carrying a sign that read: "THIS WAY TO THE PIT OF HELL."

The Queen had only just opened the People's Palace in Mile End Road that May to serve as a social center in the teeming East End. The giant Anchor Brewery, owned by the Charrington family, was just over the road.  Frederick Charrington and others had successfully sought a ban on the sale of ale and spirits at the Palace. Frederick's brother, Spencer Charrington MP, who managed the brewery, saw the way around that and announced the bar tab was on him.  He invited the 600-man strong Tower Hamlets Volunteers to a gala dinner.  He provides - at no charge - "no less than ten 36-gallon barrels of ale, and an enormous quantity of whisky, besides gin and other spirits, etc."

Charrington's close friend and hagiographer, Guy Thorne called it a "signal success": “Determined to stamp out the abuse of drink, [Frederick] not only memorialises the Queen of England, but achieves his purpose in so doing. It is an astonishing record.”

Sign from barclayperkins.blogspot.com
Posted by Tom Hughes at 4:47 PM